I was attempting to expand the idea of the multiple by turning the print itself into a matrix and the shadows into the prints. My intention was also to comment on the way usually cis, white middle class people, have a validated experience of queerness while poor, working class, gender nonconforming, trans, and non-white people do not. The CMY shadows from the prints, as well as the shadows of the viewer which were inevitably inserted into the visual space, became the primary formal element and were intended as a metaphorical reference to radical queer politics. 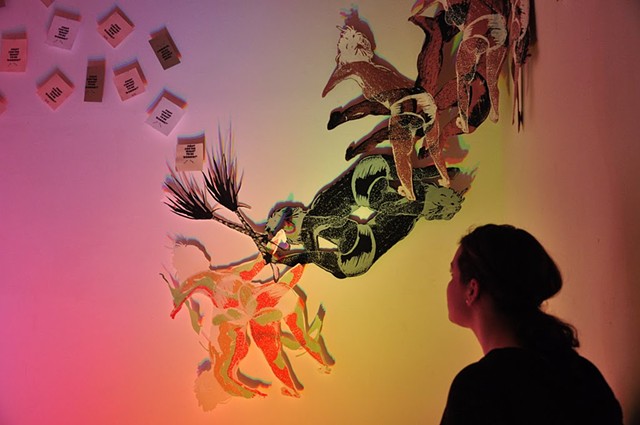 "Fight For The Right To Be Boring?"
< previous next >